ADHD: Are Our Kids Trying To Tell Us Something? 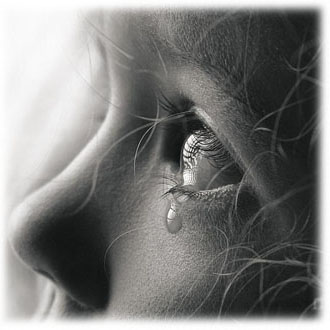 Attention Deficit Hyperactivity Disorder has been a hot topic in the pharmaceutical industry over the last several years. And rightfully so. There is an alarmingly high rate of children being diagnosed with ADHD. In fact, there are even adults being diagnosed in recent years!

So what’s going on? Is it really possible that such a high percentage of our population has always had these issues, but the medical community is just beginning to recognize it? Or perhaps it’s more plausible to consider that ADHD was essentially non-existent a few decades ago?

I’m not going to try to debate the possibilities surrounding why diagnoses have been steadily climbing for many years. What I would like to do is get people (especially parents) thinking about our childrens’ health and needs before popping another Ritalin pill down their throat.

From a nutritionists stand-point, it makes perfect sense that so many children are developing ADHD. As the amount of refined, processed, nutrient-deficient food increases on our supermarket shelves, so to does the number of children who’s nutrient demands are not being met for their growing needs. Although it is unlikely that ADHD is purely the result of nutrient-deficiency, there are many cases of children showing significant behavioral improvement upon receiving more nutritious food high in vitamins and minerals such as Vitamin C, B3, Zinc and Magnesium. Dr. Lendon Smith has performed studies which show that as high as 80% of children are able to cease Ritalin intake completely in as little as 3 weeks when supplementing 500 mg of magnesium per day! Other studies have shown Vitamin B6 and Magnesium supplementation can be up to 10 times as effective as Ritalin!

There are various other minerals which could play a factor in aiding ADHD symptoms such as Manganese, Copper and Iron. It is important to remember that every child will have unique nutritional requirements. However, I used the above example to emphasize that it is our responsibility to investigate the options and weigh the risks.

Dr. Bernard Rimland studied the effect of the nutrient approach to ADHD on 191 children. Dr. Humphrey Osmond decided to compare this to the reported results with drugs. He reported the total number taking each drug, the number helped, the number worsened and the relative efficacy ratio. This is the number helped divided by the number worsened. So if twice as many are helped as worsened, the ratio is 2. If the same number of people are helped as are worsened then the ratio is 1. The results showed that as many ADHD sufferers are worsened by medication as are helped. In stark contrast 18 times as many sufferers are helped as harmed with a nutritional approach, with 66 percent responding positively. 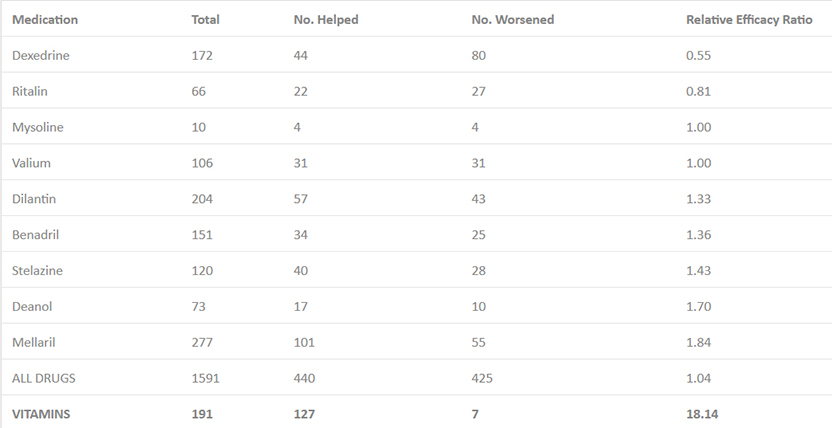 One of the finding from the above studies I found to be most intriguing is that Ritalin, one of the most commonly prescribed medications for ADHD, has the second worst effectiveness. In fact, it seems to do more worse than good! How can a drug that is so incredibly ineffective be so prominently pushed upon our children. Well, the power of the drug companies is another discussion in itself.

So the bottom line is that ADHD is prevalent in our society. And the unfortunate truth is that we have brought this on ourselves. But the bright light in all this darkness is that there is safe and effective hope. Our children are silently trying to communicate with us. It’s our job to listen and help.