Attack of the Killer Tomatoes 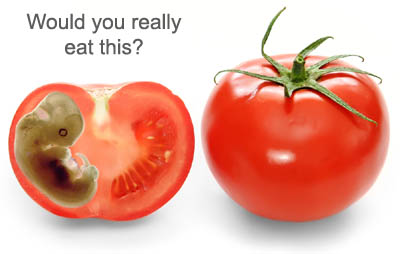 Chances are you’ve heard the term “Genetic Engineering” or “Genetically Modified”. And chances are also that you’ve heard the many ways this incredible technology can benefit our society. But have you ever stopped to consider how this technology really works, what it is actually doing, and the potential dangers involved in tampering with the genetics of our food?

I agree that the concepts and intentions behind genetic engineering are noble. But even the most noble ideas and causes must be closely examined in order to determine the risks and consequences.

To understand the catastrophic possibilities of genetic modification, we must first understand the process. Many people argue that hybridization and cross-breeding of plants has been common practice since the beginning of time. This is true. However, hybrid plants are not comparable to those which are genetically engineered. Hybridization is the act or process of mating organisms of different varieties or species to create a hybrid. The key here is ‘mating’. This is a natural process by which the offspring receives entire strands of DNA (chromosomes) from the parents. The method in which the chromosomes combine is incredibly complex. In situations where the parents may have differing numbers of chromosomes, it is often the case that the offspring will become sterile. This is basically natures way of ensuring that only viable hybridization can occur. Species which should not breed are left sterile and cannot reproduce further.

Genetic Engineering, on the other hand, is the process by which scientists are extracting a specific gene from a chromosome and attempting to ‘glue’ this gene to the chromosome of a different strand. This technology is so advanced that scientists are now able to muck about with genes of living organisms which may not even be within the same kingdom. For example, certain species of fish are able to survive in frigid waters at subzero temperatures. Scientists have taken the gene which allows these fish to survive and have inserted it into tomatoes in a effort to produce a plant that can withstand frost. It’s a great idea, but the repercussions are frightening. In another attempt to improve Mother Nature’s design, scientists again took tomatoes and have attempted introducing a gene from a cockroach in hopes they will produce a subspecies of tomato with a harder skin to protect it during transportation.

As I mentioned, these concepts sound appealing. But we must consider all aspects of genetic modification. Here are only a few concerns and fundamental weaknesses:

Imprecise methods
Gene can be removed precisely from a strand of DNA. However, inserting this gene into the DNA of the target organism is essentially random. Consequently, disrupting the function of other genes critical to the life of that organism is far more likely to occur. (Bergelson 1998)
Side Effects
“Scientists do not yet understand living systems completely enough to perform DNA surgery without creating mutations which could be harmful to the environment and our health. They are experimenting with very delicate, yet powerful forces of nature, without full knowledge of the repercussions”. (Washington Times 1997, The Village Voice 1998)
Widespread Crop Failure
Genetic engineering is already creating massive monocultures (producing or growing only one single crop over a wide area). Should a fungus, virus, or a pest develop which can attack this crop, there could be widespread crop failure. (Robinson 1996)
Threatens Our Entire Food Supply
“Insects, birds, and wind can carry genetically altered seeds into neighboring fields and beyond. Pollen from transgenic plants can cross-pollinate with genetically natural crops and wild relatives. All crops, organic and non-organic, are vulnerable to contamination from cross-pollinatation.” (Emberlin et al 1999)

Absence of Long-Term Safety Testing
With genetic engineering, scientists are using material from living organisms that have historically never been part of our food supply. They are making changes to the fundamental nature of the food we eat. There are currently no regulations requiring mandatory testing on genetically modified foods. Without long-term testing no one can be completely certain of the safety of these foods.

Toxins
Unexpected mutations in organisms have been seen in genetically engineered products. This can lead to the creation of new and higher levels of toxins in foods. Our bodies have not evolved and cannot evolve fast enough to be able to consume these types of toxins without serious consequences.

Nutritional Value Depletion
Foods begin loosing nutritional value the moment they are picked or harvested. Food that is transported great distances have far less nutrient content than that food which we can get nearest where we live. Genetic engineering can create products that mislead consumers with a false sense of freshness. The food may look and feel fresh, but have in fact be weeks old and completely nutrient depleted. As a result, our own bodies can become nutrient deficient which can lead to illness and disease.

Bacteria Resistant to Antibiotics
Genetic engineers use antibiotic-resistance genes to mark genetically engineered cells. This means that crops which have been genetically modified contain genes which have a resistance to antibiotics. Some bacteria are able to acquire this gene and may then infect us. (New Scientist 1999)

Untraceable Problems
Since there are no regulations which require proper labeling of genetically modified food, there is now way for us to trace issues and concerns of any kind back to their source. The possibility of ‘unexplainable’ tragedy is shockingly high.

Deadly Side Effects
In one example, 37 people died, 1500 were partially paralyzed, and 5000 more were temporarily disabled by a syndrome that was finally linked to tryptophan made by genetically-engineered bacteria. (Mayeno 1994)

Excessive use of Herbicides
Scientists have created crops which are resistant to herbicides so they may be sprayed in order to kill other plants. Farmers are much more liberal with the amount of herbicides they spray with the knowledge that their crops will not die from the chemicals. This means our food is being subjected to more chemicals than ever before. These chemicals do not necessarily simply remain on the surface of the plant. They can be aborbed into the plant which means we cannot wash it off before eating.

Increased Amounts of Pesticides
As crops are being doused with an increasing amount of pesticides, those pests which these chemical are meant to kill are quickly mutating to become resistant to the pesticides being used. As a result, more genetic modification must be done to allow for more and stronger pesticide use. This issue has quickly gotten out of control and spinning towards disaster. There are serious human and wildlife repercussions associated with the amount of chemicals being put on our food.

Ecology damaged
Local ecology can become damaged as a result of the influence from Genetically engineered organisms in the food chain. Unpredictable changes may occur in the environment as the new organism competes with and eliminates native relatives.

Gene Pollution Cannot Be Cleaned Up
Once genetically modified species, bacteria and viruses are presented into the environment, they cannot be recalled. They will spread with no concern for the outcome. There is no way to contain them to a designated region since their seeds can be distributed with the wind. All negative effects are irreversible.

DNA is actually not well understood. 97% of human DNA is literally called “junk” by scientists because they do not know its function. Does it make sense to you to be manipulating something which you do not fully understand? Genetic modification does not produce bigger, better foods for the benefit of mankind. In fact, the complete opposite is true. We are creating a food system that is unhealthy, unsafe and unsustainable. But scientists will continue on this path until we take a stand. Every voice is powerful and will be heard.

This is a large topic and difficult to cover all areas in one small article. I encourage you to watch the documentary “The Future Of Food” which goes into far greater details regarding the implications of genetically modified organisms. The battle against gmo can be seemingly impossible, but there are many steps and actions we can take to fight back. The Future Of Food provides great resources and information which can help us learn more about the ways in which we can make a difference. 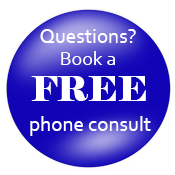